Memorial Day is not just the unofficial start of summer. It is a special holiday honoring a special group of people, those who have given everything for the United States as a member of the armed forces.

While there may be picnics, bbqs, a day of work and school, this no ordinary holiday. It is a holiday to honor and celebrate those who sacrificed for their country. Much like Anzac Day in Australia and New Zealand, Remembrance Day in the United Kingdom, and Dodenherdenking in the Netherlands. Each of these countries, and many others around the world, use these days to celebrate and honor those who have been killed in action or during active service.

Although casual celebrations are not prohibited, knowing the history behind this holiday is essential. Just read along and get your answers about the origin, traditions, and the best ways to celebrate this day.

When is Memorial Day?

Every year, this holiday is commemorated on the last Monday of May in the United States. This year, it will be held on May 30, 2023.

Why Do We Celebrate Memorial Day?

We celebrate Memorial Day to honor the service members who died while working in the US military services. This day is a tribute to all the servants of the military who sacrificed their lives for the nation. 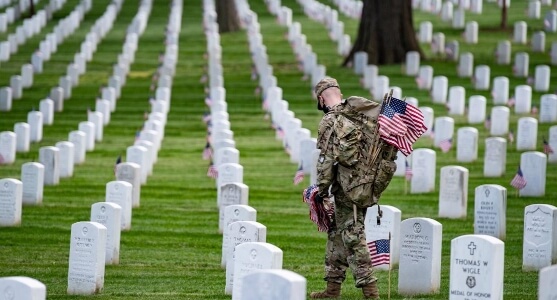 Decorating graves of loved ones is an ancient convention. Throughout the civil war, many men and women died. Following the tradition, people started decorating the graves of soldiers who died in the war. 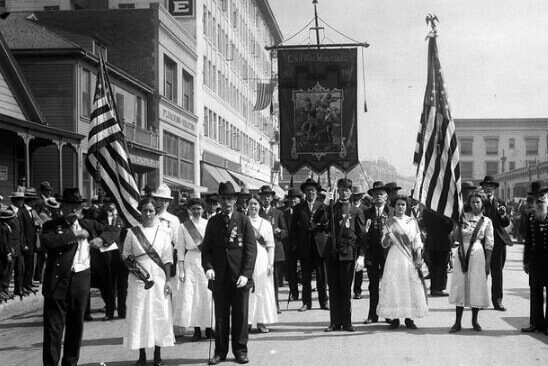 After many years, the government officials finally decided on a national day to commemorate the fallen soldiers of the civil war. For this purpose, “Decoration Day” was started in May 1868. In earlier times, the nation held it on May 30 every year. The officials selected this date as the flowers are in full bloom at the end of May.

After World War One, they expanded the meaning of Decoration Day. Now, it includes US military members who died in any American war.

Finally, in 1971, Decoration Day was renamed “Memorial Day” and got the privilege of an official holiday across the country. That year, its celebration also shifted from May 30 to the final Monday of May. The reason was to make a three-day holiday so that people living in far-off places could spend it with their loved ones. Lastly, Memorial Day remains true to this day, and it now encompasses the US soldiers who died while in service to the country.

Where Did Memorial Day First Originate?

Decorating graves is an old ritual, and therefore, no one is sure where this Memorial Day custom first took place. About 25 cities claim to be the origin of this national day, and some of them are Columbus, Carbondale, Richmond, and Macon. Various studies also mention Virginia, Georgia, Mississippi, and South Carolina to be one of the first states that celebrated this day. In these states, people put flowers on the graves of their soldiers even before the civil war ended. 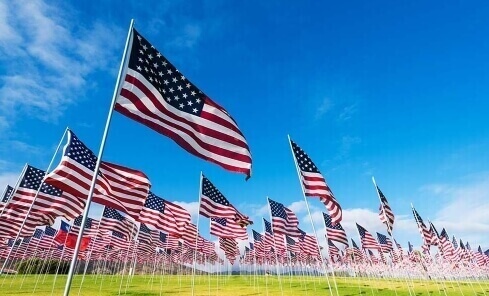 However, in 1966, Congress declared “New York” as the official origin of this tradition. Many still reject this resolution. They believe that the actual home of this occasion is somewhere else, probably in some southern city. Though, those who support the New York notion claim that the earlier celebrations may have been informal or small-scale.

Like a typical holiday, you can do any recreation on Memorial Day. Yet, there is a traditional value to it like other public holidays. Some of the practices associated with this day are:

On Memorial Day, people visit any nearby cemetery of soldiers and martyrs. They bring flowers to the national heroes’ graves and honor the graves with American flags.

At the west side lawn of the US capitol, The National Memorial Day parade happens annually on the last Monday of May. It has a live broadcast for national TV, Radio, and the internet. It includes band music and a tribute to the fallen heroes.

It is customary to hang the US flag at half-staff on Memorial Day till midday. Setting up flag half-staff means putting your flag halfway down the pole. This notion represents honor of service commemoration of death. Past noon, you can raise your flag to full-staff to celebrate those still alive and serving the nation.

Red poppies became a specificity of Memorial day in 1915. It all started when John McCrae wrote a poem “In Flanders Fields,” in which he picturized red poppies that grew among the graves of soldiers. After that, red poppies became a sign of this commemoration. Many people still use these flower badges on their shirts as a token of respect on this day.

In 2000, president Bill Clinton put forward “The National Moment of Remembrance Act.” As per this law, every American should observe a minute of silence wherever they are at 3 pm local time. This act ensures no one forgets about the hardships that the soldiers went through at the times of war. It also unites the society and makes them value the importance of military members who gave their lives for the country.

How to Celebrate Memorial Day?

Along with these traditions, you can celebrate Memorial Day with other activities as well.

Things You Should Not Do on Memorial Day?

Now you know there are many things to do on this holiday. However, here are a few things you should avoid on Memorial Day:

When was the first Memorial Day parade held?

The first Memorial Day celebration was performed on May 30, 1868. Around 5000 people attended the event, which was held at the Arlington National Cemetery. The president’s speech, band music, and military songs were the main activities of the parade. Afterward, the audience decorated soldiers’ graves with flowers and honored them with the national flag.

What is the difference between Veterans Day and Memorial Day?

As you know now, Memorial Day is a national holiday to honor the soldiers who died while working in the US Armed Forces. While on the other hand, Veterans Day is for those who served the US military in their lives. They may or may not be alive, but they did not die during their service to the military. It is commemorated annually on November 11. If you are a US army veteran, this day is for you.

What is the difference between Memorial Day and Armed Forces Day?

Armed Forces Day is meant to honor those still working in the US army. Those who are alive and still serving the military. It is entirely the opposite from Memorial Day. The latter one is only for fallen soldiers.

Why is it bad to say “Happy Memorial Day?”

As this day represents honor for the fallen, some people consider it inappropriate to say “Happy Memorial Day.” Especially those who know someone who died as a soldier.

Memorial Day is a national holiday in America and is celebrated with respect towards the country’s fallen heroes. While it is completely fine to perform barbeques parties and picnics on Memorial Day, you should not forget the purpose of this historic day. Be thankful and spend this day with respect and patriotism.