Worldwide, Valentine’s Day is regarded as one of the most celebrated holidays. The holiday gives people a chance to stop for a moment and show love to their partner. The celebration has evolved, becoming much more inclusive, not just romantically linked couples.

These days, valentine’s day celebrates everyone from family members, coworkers, friends, and children. Roman Catholic church removed the day from their calendar in 1969 as they felt there were several loopholes regarding saint valentine’s origin.

It doesn’t prevent local catholic churches from recognizing the day, however. Nor did it stop the world from cherishing the day more. Instead, it became more commercialized. Today, it’s usual for stores to stock up on flowers, chocolates, stuffed toys, and cards to honor the day.

Americans spend billions of dollars every Valentine’s Day on gifts, with many companies that capitalize on the day. People gift their loved ones gifts they yearned or asked for to celebrate the day, most times going overboard to express love.

Valentine’s day has become a day of brouhaha with people showing off extravagant gifts their spouse gave them, especially with this era of social media. If you spend time on social media platforms on valentines day, you will view many contents of couples in matching outfits on couples retreats and vacations, having a good time.

Valentines day evenings are usually for date nights. During this period, restaurants are usually fully booked, causing people to book tables the night before. Furthermore, some people use the opportunity to propose to their partner, working out a theme with the restaurant to blend with the occasion.

Numerous studies have ranked the holiday as the top time for proposing to a partner. Perhaps it’s due to the love in the air and the day’s energy. Couples tap into that wishing for eternal love and blissful happy endings.

Valentine’s Day has a long and mysterious history that can be traced back to ancient times and the Christian tradition. People celebrated the holiday in the name of Saint Valentine, but then there are different stories of who Saint Valentine is. The stories share one similarity; Saint Valentine died while showing love and care. 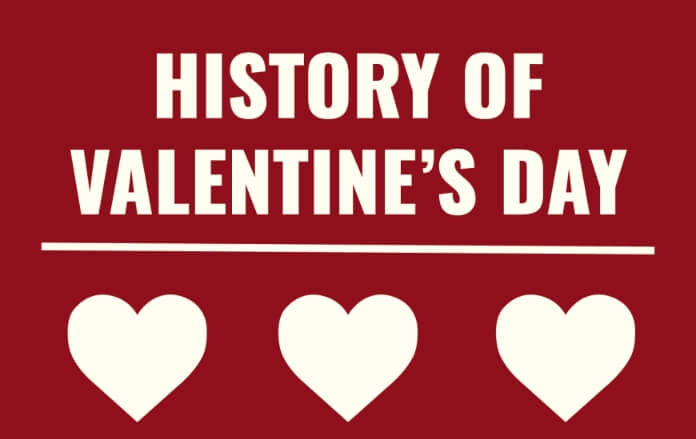 Saint Valentine, according to some sources, was a Rome-based priest during the third century. The priest acted out an act of kindness to the town’s youths by marrying them after the emperor outlawed men from getting married. Emperor Claudius II felt single men would make better soldiers than family men with kids.

Valentine, on the other hand, got the men married in secret, which led to his imprisonment and death. Other variations say Saint Valentine got killed while helping Christians escape from Roman prison’s torture room. A second version of the story says that Saint Valentine was a prisoner who fell in love with his jailor’s daughter.

Before he was put to death, stories suggest Saint Valentine wrote the jailor’s daughter a letter, signing it “From your Valentine.” no one can say with all certainty which is the truth. However, Saint Valentine’s popularity grew due to his deeds, and people worldwide began celebrating love in his honor.

Is Valentine’s Day a Global Holiday?

Regardless of how much the world is into valentines day, the day is not a legal public holiday. People turn up to work, doing their regular hours on the day. If you wish to do anything with your spouse, you can take a day off or use your break period. 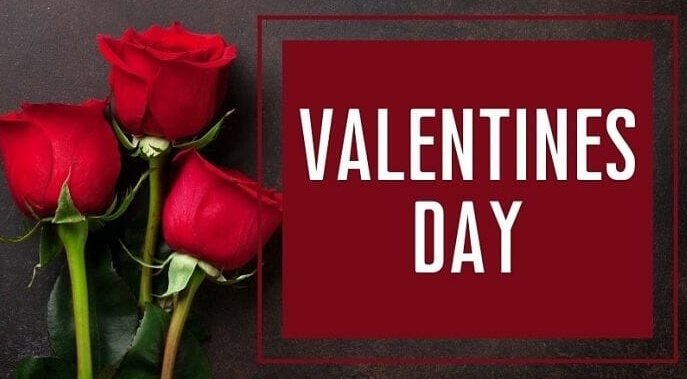 But then, you can send your partner’s gift to their workplace and catch up in the night. Its more efficient this way. You get to earn your paycheck, have a good day, and end the night right.

Finland and Estonia see valentines day as a day to celebrate friendship. To that end, they named February 14 Friend’s Day. People still exchange cards and varieties of gifts, but it’s not limited to just lovers.

The gift recipient could be your neighbor, best friend, cousin, or coworker. In addition, the country has a tradition for single people to help them find a potential soul mate. They can hitch a love-bus ride and meet other single people.

Wales is a part of Great Britain and they not only have a different date for valentines day, but it also goes by another name. The welsh people celebrate St Dwynwen’s day on January 25 of every year. Further, St Dwynwen is the patron saint of lovers in Wales, and to honor him, men gift their women with wooden spoons.

These wooden spoons have elegant designs on the handles, carved by the man to express their love. Welsh tradition base the idea on Welsh sailors who cut elaborate designs on wooden spoons while at see to bring home to their lovers. To this day, Welsh people still gift wooden spoons on St Dwynwen’s day to show their affection. Also, the spoons are available in chocolate.

On April 14, South Koreans celebrate a black day for single people. As a way of celebrating being single, single people eat black noodle soup. The dish comes from dipping white noodles in a black sauce.

February 14 in Japan is the day women give gifts to their men, regardless of the relationship they share. However, on March 14, men return the favor by giving gifts to the ladies that gave them gifts on valentines day. The term the occasion White day.

Couples renew their vows, get engaged or get married on Valentine’s day in the Philippines. The government sponsors a mass wedding for individuals who want to get married. It is also a common occasion for people to confess their feelings to their loved ones.

St Valentine is the patron saint of spring for Slovenians. So they believe its the perfect day to work in the fields in preparation for the new year. Slovenians also believe that birds propose to one another on Valentine’s day. And to witness it, you have to work barefoot to minimize noise through frozen fields.

The Miao ethnic group in China celebrate Sisters’ Meal Festival instead of valentines day on March 15. For the celebration, women dress in headgears and several other accessories. Also, the girls collect flowers and dye rich to represent the seasons.

The men will sing to the girls they want to marry, and after the celebration, the girls will tie the rice and give it to the men. The twist is that the packages contain symbols with different meanings. Some say I want to get married, while the others end the relationship.

The critic of valentines day believes people should show love constantly and not on just one particular day. That aside, they believe valentine’s day has lost its purpose and true meaning over the years, becoming more commercial. Most people dub it a fake holiday manufactured by corporations to profit off people’s romantic desires.

The day creates unrealistic expectations and puts a lot of pressure on partners, leading to the relationship’s end. Furthermore, it encourages comparison on social media. People post extravagant gifts their partners gave them and lovey-dovey moments, making other people question their relationship.

Some believe it’s a day of show-offs that does not consider single people. Also, just like many people have happy endings on the day, other people get heartbroken by their significant other. The day brings out the hidden side of most people who stop thinking about the relationship because their spouse gifted them small gifts.

Valentine’s day is a holiday that has been around long before companies sprout manufacturing gift items. Regardless of the negative way some people look at the holiday, valentines day has helped bring two hearts meant for each other closer.

Decide how you wish to celebrate the day with your partner. If you want to have a fine dining experience, you have to start planning, especially if you live in an area with few fine dining restaurants. Also, if your budget is low, you can begin deciding gift ideas with your partner to get them something they will truly cherish.