Valentine’s Day is a holiday to celebrate love. Different people have observed it for centuries worldwide. How it is celebrated varies depending on the state, country, and even family. The general tradition is gifting the people we love. Chocolate symbolizes our feeling for that special someone, and it’s why many of us choose it.

Sometimes we partake in traditions we don’t know the origin of until we’re curious enough to look them up. We will walk you through a brief history of gifts and chocolate on Valentine’s Day. 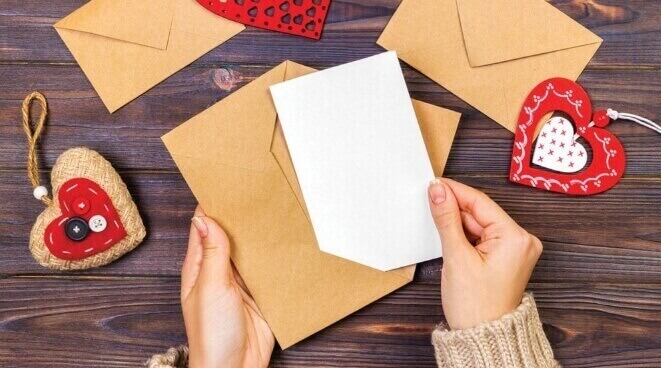 The tradition of giving flowers is also from centuries ago, as it started in the 1800s. Roses became a popular Valentine’s Day gift, as they were Venus’ favorite flower. What better gift than the favorite flower of the Goddess of Love? It symbolized a love for each other that was greater than anything.

The Europeans did not discover chocolate until the 16th century. The first chocolate house in London didn’t open until 1657. It quickly grew in popularity throughout Europe. Chocolate became the predilect candy to give your lover during Valentine’s Day.

Why Do We Give Chocolates For Valentine’s Day?

We like to give chocolates for Valentine’s Day for a number of reasons. Our fascination with it is not new. Some of the reasons are obvious, like its great taste. Others vary from person to person and culture to culture. Cacao has been around for centuries. Other cultures associate it with a higher meaning than simply food. 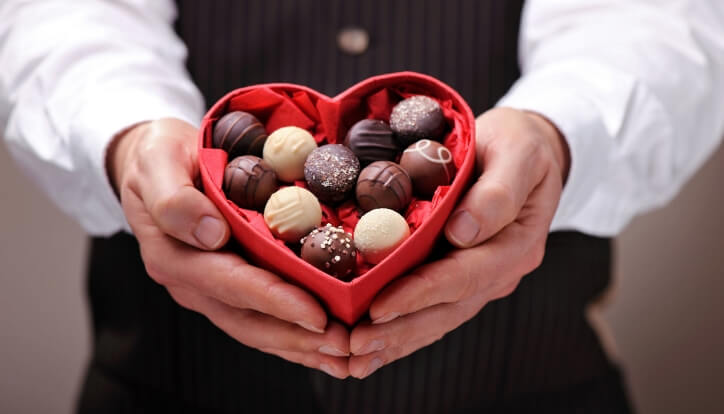 We will explore the four main reasons why we give chocolates for Valentine’s Day:

It Is Super Tasty

Most of us see chocolate as a nice treat from time to time. We shouldn’t have it every day, as it is certainly not healthy to eat copious amounts of it. We see it as something special whenever we have it, which symbolizes a break in our routine.

There are a few other holidays where we celebrate with chocolate, for example, Easter. It shows the importance of chocolate in our culture.

There’s a great bonding experience when we share a box of chocolates with someone we love. The combination of what we feel when we gift or receive chocolate and the effects of eating it has makes it the perfect gift for Valentine’s Day.

It Is An Aphrodisiac

Long before the Europeans ever got a hold of chocolate, Aztecs already had considered it an aphrodisiac food. Chocolate contains chemicals that heighten those feelings of love and desire. Tryptophan and phenylethylamine create the perfect combo for your brain to be stimulated and aroused. They are present in chocolate and components of other more complex chemicals that your brain releases when you are in love. European royals used to mix it with amber to stimulate their lovers.

Scientists have studied this effect recently. They have found that people who eat chocolate are more prone to desire romance when compared to their counterparts who don’t eat chocolate.

It Was Food For The Gods

As mentioned before, chocolate has its origin in Mesoamerica. It is the area in the Americas where the Aztec and the Mayan civilizations lived. Their culture influenced the way we see chocolate still to this day. Both Mayans and Aztecs believed that cacao was a gift from the gods. They believed cacao was sacred and used it for ceremonies and funeral offerings. Aztecs also used it in various religious rituals. They also used it as currency to exchange for goods, especially food. Aztecs gave it to their warriors after a battle, believing it would replenish them.

The scientific name for the cocoa tree is theobroma cacao. It is of Greek origin and translates to ‘food for the gods’.

It Is Great For Our Health

“Chocolate is healthy” is true when we talk about dark chocolate. Milk chocolate and other varieties contain more sugar and cacao butter. These two additions make them unhealthy.

Dark chocolate is full of antioxidants. This means it is very healthy for you. It can lower the risk of heart diseases and cancer, improve blood pressure and flow, and increase skin hydration. Chocolate also benefits your brain, as it improves its functions.

Suppose you want to maximize the benefits when eating chocolate. In that case, you’ll need to buy organic pure dark chocolate.

Chocolate became a part of our gift-giving traditions because of the cultural significance and the effect it has. Cacao has a fascinating history behind it. Since Mesoamerica cultures started using it until now, it has always been special to us. We have always seen it as a powerful food, and we still carry this belief. The reasons explored here are not exhaustive. Sometimes it could be because of peer pressure or a trend going around. It could also be that it is more affordable than the gift your  Valentine wanted. However, the reasons here are the most common.

The gift of chocolate is one we appreciate even outside Valentine’s Day. It’s food that has a lot of effect on people, both physically and emotionally. It symbolizes many things that we cannot express aloud and reinforces the things we say. It can have a lot of meaning, from “I love you” to “I’m sorry”.